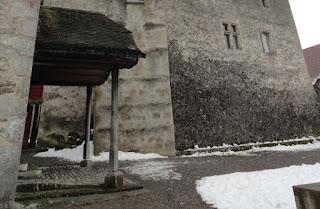 As the party is about to depart, Frère Ambrosius stops them. "No," says he, "we cannot leave. Look at that-- that abomination. We must stop it. Look! Look at it. Can any of you honestly say that our work here is finished."

Chastised by the words of the priest, everyone forces themselves to look toward the thing protruding from the tower. It pulses and shivers, writhes and contracts. Below the tower is a heap of dead horses. The cultists had killed everything in the stables, and heaped up the bodies before the unclean thing. Now and then it extends a long, sinewy appendage, and absorbs one of the corpses through it into itself, swelling bigger with the meal.

"How can we even stop such a vile thing?" asks Manfred. "We don't even know what it is."

"I might have a way to find out," says Lycinia.

Everyone follows the elf back into the servants' chapel. Orst stops up the hole in the wall with some furniture whilst the rest watch Lycinia with burgeoning curiosity as she opens her scroll case and produces yet another old parchment, this time one that's been dyed a reddish-purple and is covered in cramped writing and esoteric figures.

"I got this off one of the cult wizards," explains Lycinia. "There's a sort of divinatory spell on it which should tell us what we need to know."

"Wait," ventures the confessor, "I'm not so certain that we should be using any of their tainted sorcery for our purpose."

The old priest grumbles, but nods his approval.

"Now," continues Lycinia, "this is not an evil spell, but it is a dangerous one. When one seeks wisdom from the outer spheres, there's no telling whose -- or what's -- attention may be drawn in the process. So I think we'd better take some precautions..."

Lycinia is tied to a chair, in case some outside entity possess her during the course of the spell. One hand is left free so that she may work the magic, but there is a loop of cord around her wrist, ready to be pulled taught when she is finished. Gerdie holds the cord, somewhat nervously.

Lycinia speaks the words of the invocation [Contact Outer Sphere], traces patterns in the air with her graceful fingers. Her voice deepens as she pronounces the final syllables, and her eyes roll back in her head as the trance comes over her. Gerdie pulls tight on the cord, and fastens it down securely, whilst Emmeline whisks away the scroll from her lap. 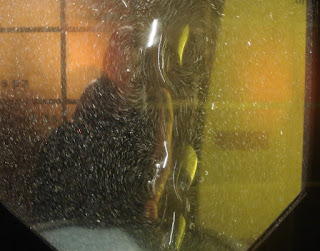 Lycinia's consciousness extends out over countless leagues of space to the farther reaches of the firmament, past unimaginable vistas of other worlds dancing around other suns, at last making contact with the star Fomalhaut. The chapel becomes colder, and those within feel as if standing under the night sky, though they see only the room if they look up. They feel a breeze on their faces, but there is no wind. The sound of chimes tinkles at the edge of their perception. A white light illuminates the elf's face as she begins to ask her questions across the boundary of eternity.

"Do we possess the means to kill the thing growing out of the tower?" asks Lycinia in a dreamy, far-away voice.

"No," comes the answer, echoing through the chapel.

"What must we have to kill it?"

Lycinia dares no further, and lets the spell end. Her conscious mind snaps back to her body in a flash. One moment she was floating in the aether, bathed in the white radiance of the cosmic behemoth, the next she is bound to a chair in a dim chapel, her hands and feet going numb from the cords. She feels faint, and her head pitches forward, hiding her face behind a cascade of flaxen hair.

"Lycinia?" says Emmeline, "Lycinia, I need to know that you're... you're still yourself. Like you said. So, tell me: what was I wearing when we went to the Baron Nodier's ball?"

"The light green velvet gown that makes you look like a strumpet."

Emmeline flushes crimson. "It's true, I was in green velvet; but I just don't think you understand our human fashions!"

"Oh, no, dear Emmeline," sighs Lady Margiste, "I'd say she understands them all too well!"

"We can save discussions of Emmeline's sartorial failings for later," interjects Manfred. "For now, can someone tell me who or what this 'Zartsoffek' is?"

"It's Zarhusvosstek, my lord," says Durcet. "A wizard. Your father had dealings with him some years ago, when he sat on the council of Threeder's Mill."

"That's at least a days walk from here," says Manfred, "so we'd better get going."

[Notes from the above: The caster of Contact Outer Sphere may ask as many questions as they dare, but there is a chance with each question that they will be possessed by some entity from beyond. Fomalhaut only has a 20% possession chance, and Lycinia rolled well. There is, however, only a 65% chance of a question being answered truthfully. For each answer I rolled on one of the appropriate adventure design tables in the d30 Sandbox Companion. I'll roll for truth when the PCs get that far.

Q1: Do we possess the means to kill it? No.
Q2: What do we need? spellbook
Q3: Where is it? Cemetery.
Q4: Whose grave? Zarhusvosstek.

As the party puts some distance between themselves and Château Télème, the snow dwindles and temperature rises. Looking back, they see the dark clouds hanging over the castle, as if the unholy miasma is concentrated just there. 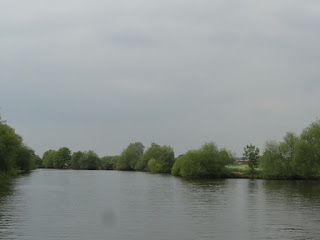 The uneventful walk to Threeder's Mill takes a day, as the snow gives way to muddy ground. The village lies within the March of Limenne, and the village elders make every effort to welcome their new liege and his companions. The villagers jump to fulfil every request. Soon, news of Manfred's accession, rumours of death and disaster, and sightings of a wondrous elf in the new Marquess' train are the talk of the whole village. So great is the excitement that no one even thinks to ask why their new lord requested a pair of shovels...

Between Frère Ambrosius and the village healer [2nd level Cleric], everyone's wounds are healed the next morning. Manfred, in a rare moment of compassion and understanding, says to his companions that since the past weeks have been such a strain, anyone who wishes may absent themselves from the unpleasant business upon which they are soon to embark.

[Morale/Loyalty checks were made for everyone. Emmeline and Lady Margiste got a +2 for being with Lycinia and Manfred respectively, Gerdie got a +1 since Lady Margiste passed. Everyone but two made the rolls.]

The cook says she is too old for this sort of excitement, and Durcet admits his usefulness is limited. Manfred gives each of them a gold coin, and wishes them a good life.

[Sometimes I just keep playing away and forget to change Mythic scenes; this was one of those times. But it's a good breaking point before the next post, so...]
Posted by Alea iactanda est at 10:01