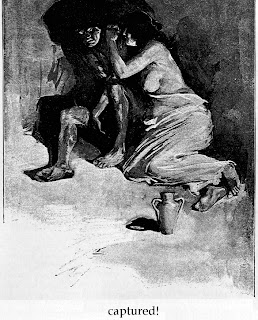 Setup: wake up in a cell

Characters:
1. (the murderer or murderers)
2. Ay-Meddush, the merchant
3. Huollof, the caravan leader
4. chieftain Ulevaard and the barbarian delegation
5. prefect (PC's enemy)
6. Maruthus, the nosey neighbour
7. Izzeri-zatah, the high priestess of Ziburrun, the knowledge god
8. Alkinu, the suitor
9. Enzzal, Lachaidiga's eldest brother
10. the mason - a witness
11. Nillath, priestess of the Sun
12. the evil jeweller


Lachaidiga awakens in a dark, damp cell. She is lying on the uneven stone floor. As she slowly comes to her senses, she feels the cold, and despite a little stiffness she seems uninjured.

The cell is in near-perfect darkness. Only a feeble light comes in through a grating in the iron door. She sits up and looks about as best she can.

[Q: Is she alone? 50/50: 97, Exceptional No. (I had a picture for either outcome. The Exceptional No result means that the other person in the cell is the 3rd character I rolled up, an elite warrior. How will he react?

Using UNE: prejudiced - partiality - last story. There is no last story, but I decided the three characters I rolled up would know one another (mostly in case a fighter or priest were needed to round out the party). So he has history with Lachaidiga, and is favourably disposed.

"Hey, there," says a voice in the darkness. "finally decided to rejoin the living?"

"How long have I been here?" asks Lachaidiga unsteadily.

"Not half as long as one of your brother's speeches about your behaviour."

Lachaidiga peers intently at her cellmate, until his features finally become visible to her in the gloom. "Wihiyaba, is that you? It is you! I'm so glad to see you here... I mean..."

"How long have you been here?"

"A week or more, I think. It's so hard to tell. I was unconscious at least a day after my capture, so they tell me."

"I am a soldier of Anzakàr. I've suffered worse with no complaint."

"You'd hardly be concerned with me if she were!"

Lachaidiga's retort dies on her lips as the sound of heavy footsteps echoes down the corridor beyond their cell, followed by the scraping of the door's bolt being thrown. The jeweller comes into the cell bearing a lamp, flanked by two sinister-looking spearmen.

"I see you've come round, my lady. Good. I'd hate for you to sleep through the ritual. The pair of you are to be sacrificed at the culmination of our midnight ritual. Your departing souls will give me the power to rend the veil between, and allow our Dark Masters to send us forth their Fell Servants. And they do respond so much better when we provide them with victims who scream."


[NB. According to Mythic, the jeweller's plan is Release / The spiritual. He revealed his plan to the PCs not because he secretly wants to be a movie villain, but because he wants them to feel a certain amount of dread for their final (1d12=) 7 hours of life.]

Setup: 1=modified (was: try to escape the cell)
Altered: Q: is there a window in the cell? 50/50: 95, Exceptional No. It's underground.
Q: Does anything happen before midnight? Unlikely: 07, Exceptional yes -random picture

Characters:
1. (the murderer or murderers)
2. Ay-Meddush, the merchant
3. Huollof, the caravan leader
4. chieftain Ulevaard and the barbarian delegation
5. prefect (PC's enemy)
6. Maruthus, the nosey neighbour
7. Izzeri-zatah, the high priestess of Ziburrun, the knowledge god
8. Alkinu, the suitor
9. Enzzal, Lachaidiga's eldest brother
10. the mason - a witness
11. Nillath, priestess of the Sun
12. the evil jeweller 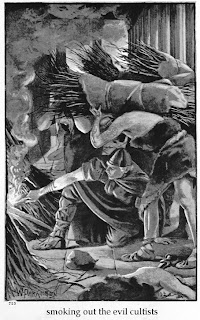 Unbeknownst to our heroes, Wihiyaba's fellow soldiers have been zealously tracking down the evil cult, intent on destroying it utterly and, hopefully, rescuing their friend, who disappeared into its clutches. They have found the entrance to the underground temple of evil in a disused warehouse. Having slain the cultists watching the entrance, they are now lighting fires to smoke out the rest.

In the darkness of their cell, Lachaidiga and Wihiyaba have been waiting sullenly for their captors to return. They are resolved to fight to the last, but have little hope of survival.

"Strange incense these cultists use," says Wihiyaba, "not at all the sort of thing I'd expect. It's almost nice, like a cooking fire."

"Maybe they're building a pyre to throw us onto," hazards Lachaidiga. "Though I think the screams they're hoping for would be somewhat... abrupt."

The smoke gets thicker, billowing in through the grate in the cell door. The prisoners both start coughing. Lachaidiga quickly tries her magic. In her haste, she stumbles over the words of the spell, but collects her resolve and tries again, carefully, the way she was taught. And then the panic is over, as she and Wihiyaba both no longer need air to breathe.

[Her first attempt at casting Abjure Breath failed (normal failure, incurring no magic point loss). Her second attempt succeeded. She gets 7 points of Shaping on the spell in order to increase its effect. She spends 1 point to affect 2 targets, the other 6 to increase duration to 7xPOW minutes; her POW is 17, so the spell will last just 1 minute shy of two hours. The spell costs 3MP: 1 for the base spell, and 2 for the modified components, Targets & Duration.]

"I know a few tricks," she says, "but sadly none of them work on doors."

Lachaidiga steadies her friend as he stands, putting all his weight on his good leg. The massive warrior [STR 18, SIZ 16] throws himself against the door with all his might, as Lachaidiga tries to keep him from falling. Once, twice, a third time, a fourth...

With a grating screech the bolt is torn from its housing and the door bursts open. The warrior and sorceress fall forward with it into the smoky corridor. Lachaidiga tries her magic once again.

[Q: Are the soldiers triumphant over the cultists? 50/50: 44, Yes + Event
Move away from a thread (which, for Mysteries, means a clue is revealed to have been a red herring): the jeweller's cult is not fighting the Ylhooni; they're just some other evil cult.
Q: Does the jeweller escape? 50/50: 01, Exceptional yes. Out of the city to freedom.]

Lachaidiga and Wihiyaba stumble through the underground temple and out into the abandoned warehouse, where they are greeted by the jubilant soldiers. 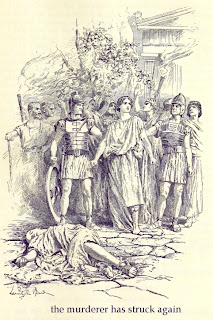 Whilst our heroine was escaping the prison of the evil jeweller's cult, her true enemies were moving in the shadows. They have murdered yet another Ylhooni chaos-fighter, this time a citizen of Anzakàr rather than a foreign barbarian. The hapless Alkinu discovers it dumped in the street before Lachaidiga's house as a warning. It seems her enemies were unaware of her predicament!

Setup: 7=Altered (was: go before prefect)
Altered: not chewed out 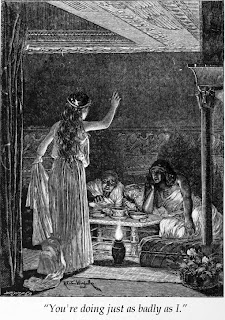 Despite the late hour, Lachaidiga is taken to the prefect's house. He meets her in his private study. The presence of a high-ranking priest of the City makes Lachaidiga decidedly nervous.

[What does the prefect say? UNE: mysterious - conundrum - last scene]

"You're lucky I still had some men watching you, my lady" says the prefect. "When you disappeared, they assumed you went back to the jeweller's market to poke around some more. They found some of the jeweller's associates clearing out the shop and... encouraged them to divulge the location of their lair. The rest you know. I suppose I ought to thank you for accidentally bringing this unrelated investigation to a satisfactory conclusion, and for saving the life of one of my men. But I must tell you that there has been another Ylhooni murdered in the meantime. The body was dumped practically on your doorstep. I assure you that I am doing everything in my power to bring these criminals to justice. But our unknown enemy seems to be in the right about one thing: you should not have gotten involved!"

"Hmpf!" responds Lachaidiga, "you haven't a clue as to who it is. You're doing just as badly as I."

[UNE for a response: scheming-bargain-contacts]

"Perhaps you are right, lady," says the prefect, "I confess I am running out of avenues of enquiry."

"I'm surprised to hear you admit it, especially to me. And in front of a witness..."

"Let me be frank. The barbarians like you. They won't talk to me. What if -- and believe me, I loathe having to make this suggestion -- we work together on this case?"

Lachaidiga smiles ever-so-sweetly. "I think this is the first sensible idea you've had." 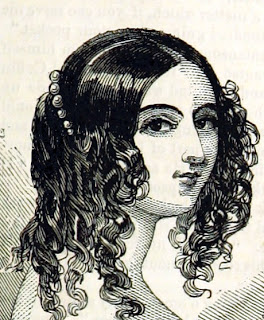