There were five PCs in the current party. I was going to add another PC from a group of old adventurers I used to run through random dungeons, but since I hadn't actually introduced him yet I thought I'd just leave him alone and make a brand new starting character as Brichtrethe's new recruit.

The baseline power level of the campaign is Normal, so the new PC gets 250 points to spend on Profession skills, and INTx10 bonus points. Profession skills are capped at 75%, others at 50% (not counting things like Speak Own Language (INTx5 basic chance).

As to the others, Manfred, Lycinia, and Brichtrethe are 4th, almost 5th level. Thiery is 2nd, halfway to 3rd. Ruprecht is in the middle of 3rd level somewhere. So ML&B will get to be the next power-tier up, Heroic: 325 points to spend of profession skills, capped at 90%, or 75% for non-profession skills). The other two get slight improvements to Normal. Ruprecht gets 300pts with caps of 75%/65%, Thiery gets 275pts, 75%/55%. Everyone's bonus points are INTx10.

All PCs get Status 50, which may be increased with skill points, or reduced to gain bonus points. They also get +20% to one of the following: Speak Other Language, Ride, Drive, or Wilderness Lore. This should suffice for any characters from the area covered by the campaign map.

There are two common tongues spoken throughout the area, known for convenience as Low Common and High Common, and most people encountered can be expected to be reasonably conversant in both; the very rustic and the very elevated are the main exceptions to this rule. Low Common is the language of the peasant and mercantile classes, and is the campaign world's analogue of Middle English. High Common is the language used at court, and by the nobility generally (though not exclusively); it is the analogue of Anglo-Norman French. All the human PCs except Manfred are native Low Common speakers, and all of them without exception have the other common tongue as their bonus cultural skill.

The Ancient Language (=Latin) is used by scholars, wizards, and the church.

Elves and goblins have their own language (called Elvish for convenience), with high and low dialects (dialects are not separate skills!) and a literary tongue which is not used in speech (=read/write%). The typical human language known by the denizens of the faerie forest is Low Common, as they mostly only encounter humans in the merchant town of Cheapington. Most magic-users amongst the fair folk know the ancient human language, and the libraries of Fair Feyalldra are replete with ancient tomes in this tongue. Note that elves in other parts of the word speak different Elvish languages. Théscine (my retired PC from the first adventure) speaks a continental elven tongue, as her family are not native to the campaign region.

Most of these go straight across. Wisdom becomes Power. Size was determined based on the image I had in my head of each PC (which cost Lycinia her damage bonus); I used the 3rd ed. RQ SIZ chart which goes just by mass, as the height notations in the BGB seemed a bit excessive.

Intelligence proved a bit trickier, since BRP's 2D6+6 skews the average higher than LotFP's 3D6. I made a quick chart to convert scores below 13, so half the party doesn't come across looking a bit thick.

Being an elf, all but one of Lycinia's stats required some finesse. I used the chart above to convert her Wisdom to POW, since elves have 2D6+6 for that too. Size I assigned based on her description (from quite a while back), for Strength I picked something reasonable, and the rest were pretty obvious.

Using the BGB professions, Manfred was obviously a Noble, Ruprecht a Soldier, and Thiery a Thief. I'd hoped that Brichtrethe could be a Priest, but she was such a D&D character that I ended up using the skill list for Clerics out of CF. Lycinia is a LotFP/D&D Elf (AD&D Fighter/Magic-User), but she's also an elven princess, so I mashed the BGB Wizard, Warrior, and Noble professions together to create the Elven Noble.

Lycinia is an exiled princess, and Manfred abdicated in favour of his sister, so both of them have a lower effective status than they would otherwise. Thiery essentially bought his title, so has the minimum possible status for a knight.

No big surprises here. I'll spare you the minutia; interested parties may examine the character sheets.

Here follow the converted PCs, preceded by their LotFP stat blocks (in blue) for comparison. This is just the mechanical stuff, as full character sheets get wordy. 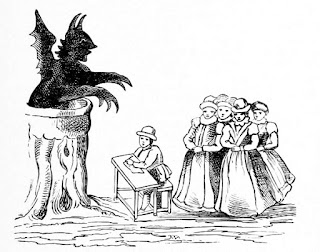 Email ThisBlogThis!Share to TwitterShare to FacebookShare to Pinterest
Labels: BRP, let me tell you about my character