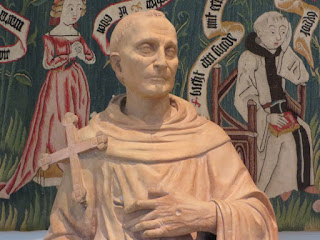 Despite her protestations of innocence, the master-at-arms wants to hold Lycinia for questioning. She will not even let the elf finish a sentence, and patently refuses to believe her wild tales of a traitor in their midst. Lycinia surrenders her weapons and agrees to come quietly. "I've done nothing wrong," says she. "It will easily be proved so. If I were involved in this nonsense, the lot of you would be dead by now!"

The master-at-arms does not react, but orders her troops to lead the elf back to the main hall. Once inside, she shouts at one of the maids to go fetch the steward. He arrives shortly, with the confessor in tow.

"We found her climbing out the stable window, holding this weird thing," says the master-at-arms, handing the silver mask to the cleric.

"What is it?" asks Severin.

"I've no idea," replies the cleric, turning the mask over and over in his hands.

"It was hidden amongst the stable girl's clothes," says Lycinia. "But that's not all. Look what I found under her pillow. Recognise it?"

"And did you know that the valet is a magician? He tried to kill me with his magic: some evil charm which saps life energy."

"Quite," says the cleric. "And I suppose you have some proof of this allegation? Franval has been with the marquess since he was a mere lad. I think we'd have learnt by now if he were a sorcerer. You claim he tried to drain your life energy..."

"She does look a little peaked," offers the steward.

"There are some," continues the confessor, undaunted, "who believe your coming at this time is not a coincidence. And why did you want to keep the scarab you found? And how did you know about the poison? Oh yes, we know about the poison. Gerdie is a loyal villein; she doesn't try to keep secrets from us."

"I'd never even heard of you lot before a week ago! Nor of your castle. Something is dreadfully wrong here. We need to search for more scarabs!"

"We don't even know if they cause the deaths, or are just being left as a token afterwards -- perhaps by you!"

Lycinia swells with rage; yet another cleric of the Light God is getting under her skin, and she won't have any of it. Frère Ambrosiusis equally incensed, as he cannot abide pagans, and especially not those of the lesser races. The two start shouting, and an exasperated Severin has to bodily interpose himself between them to bring calm to the situation.

"I think," says Severin, looking pointedly from elf to cleric and then back again, "that we need to approach this from a rational standpoint. We shall search the castle -- you and I together, Ambrosius -- and keep the elf with us under guard. She won't find anything, and we'll know where she is at all times, so if we do discover anything out of the ordinary, it should help prove her innocence. Agreed?"

"Alright, then. We'll start with the northwest tower." 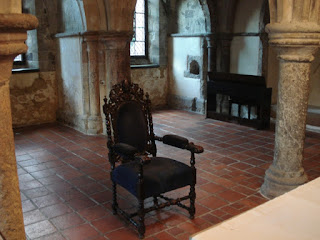 Lycinia is marched from room to room between a pair of halbardiers whilst the steward, confessor, and the master-at-arms search each space.

They find nothing, and the confessor's suspicions only increase. He convinces the steward that until she is proved innocent, the elf must be kept in the dungeon under constant guard. Frère Ambrosius cannot be talked down from this, and in the end Lycinia consents; though not without a good deal of grumbling. Severin does his best to see that she is comfortable in her cell.

Searching the entire castle takes [1d3+1=] 3 days. Lycinia is allowed to eat with the searchers in the dining hall, but is locked into her cell again every evening.

The search is widened to include the castle grounds. Lycinia is not allowed outside, so must spend the day in her cell. She's starting to believe they aren't going to let her out, but bides her time for now. Fortunately for them, she thinks, elves do not feel time passing as do humans. 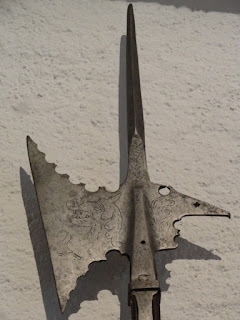 Lycinia spends [1d6=] three days alone in her cell. Severin comes to check on her now and again, and makes sure to bring her books from the castle's library. He refuses to discuss the investigation, but says he might be able to allow Emmeline to visit.

[the Interrupt happens on day 57; Lycinia learns about it the next day when...] 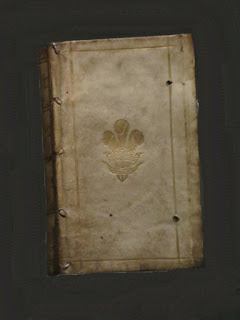 Lycinia hears the door to the dungeon open, and looks up, expecting to see Severin coming down the stairs with the missing volume of the Lays of Gibert the Younger, which he had promised to find for her. Instead, she sees a very excited Emmeline burst into the room.

[Q: Does Emmeline have any news? Likely: 18, Exceptional Yes. - Release / The spiritual]

"Oh, I've been so worried!" says Emmeline, teary-eyed. "It's good to see you! They've not treated you badly, I hope. No, you're looking well. It's been a dreadful few days. Simply dreadful! First there was talk of sending me away. I said I'd not go without you! Then the storm moved in, and the talk changed to how we're snowed in, and so I must stay even if I had wished to go. Not that I'd wished it, not for a moment! With you in this awful cell, and poor Margiste so worried about her father -- the physician hasn't let her see him, and it's put her in such a state. Then this business with the stables. And the valet is missing, and the gamekeeper. And some of the soldiers may also have fled. And then last night no one came to serve dinner. Gerdie went and looked in the kitchen, and the cook was lying on the floor dead! Well, not dead, exactly, but it was as if all the life had been sucked right out of her [reduced to -2hp from a Magic Missile]. Frère Ambrosius was able to revive her with a spell or a prayer or something [Cure Light Wounds]. Oh, but the good news -- other than the poor cook not being dead -- is that the priest finally is willing to believe that you are innocent and he's probably going to let you out soon!"

Emmeline babbles on for a few minutes, pausing only to kiss Lycinia's fingers through the bars of the cell. Lycinia is quite touched by Emmeline's grief, and does her best to reassure her, chiding her once again for not speaking in elvish, which elicits a smile from the girl.

"Don't fret, sweet Emmeline," says the elf, "Once I've gotten out of this cage, I will get to the bottom of the mystery hanging over Château Télème." 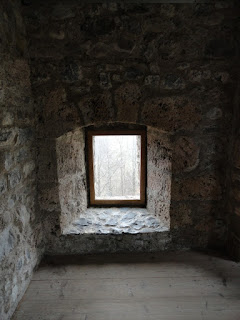