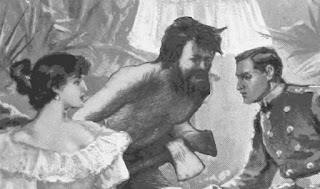 The explorers return to the crawlspace, use Aldous' magnificent device to make themselves small, and retreat back to the room [6] where they had met the ghoul.

The ghoul is there, sitting on the floor amongst the bones of one of the carrion beasts. Its mask hangs askew to reveal his horrid, gore-stained maw.

"YOU!" screeches the ghoul as it points an accusing talon at the explorers. "You led me astray by tempting me with this carnivorous delight! And I had been good for so long. You shall pay for this sinful lapse!"

So saying, the ghoul leaps to its feet and springs towards [1d3=] Aldous, bloody claws outstretched. 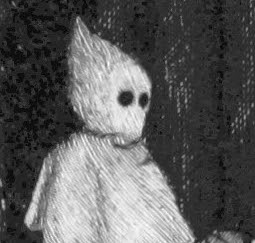 The ghoul's claws rake down Aldous' chest, shredding his uniform and the flesh beneath it. His cry is cut short, and he collapses to the floor onto a stain of dried blood, which he re-constitutes with his own [5 damage dropped him to  4 STR. 1d20=9, critical damage].

Threnody and Murt step over their fallen comrade, and batter the ghoul with their arms, until its bones crack and it falls to the ground [d6+d8=12 damage, dropping the ghoul to 8 STR; 1d20=17, critical]. But they do not stop there, and soon the ghoul's corpse is indistinguishable from the gooey remains of its last meal.

Satisfied that they have put an end to the unnatural creature, they turn to examine Aldous, and bind his wounds since he has not yet expired. He begs a short pause to steady himself [short rest to regain his hit point; no encounter] but then urges them to leave this charnel house with all due haste. 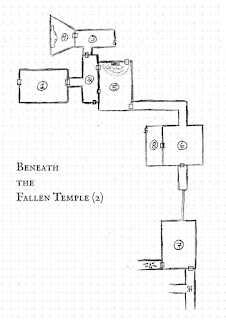 There is a door on the western wall, half-hidden under an icon of Saint Vinolentia, painted in the neo-vorticist style. Buy rather than admire the expressive brushwork or appreciating the bold use of colour and shading, the explorers merely cast the picture aside to see what awaits them in the next chamber.

The dark, wooden panels lining the walls of this next chamber suggest a fine castle from hundreds of years ago. The trio of figures standing within, each wearing fool's motley, certainly all seem to hail from a bygone era. But, despite their upright posture, they all seem very dead, and bear scars and other marks of the ghoul's predation. These gruesome undead are roused from their numb vigil by the presence of the living, and shamble forward to attack. 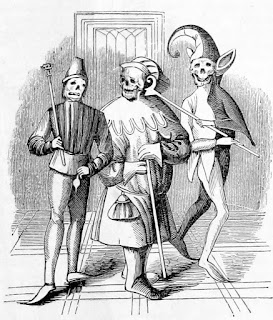 [Round 1]
The explorers duck back through door, but Murt has an idea to repel the shambling fools. He takes his flask of fire oil, and tries to hurl it at the floor between the undead, then slam the door in their faces.

Instead, he throws the door wide, and hurls the flask nearly at his own feet. He is caught in the eruption of flame, and the pain causes him to black out. One of the undead fools is burnt to a cinder by the flames, but the other two do not even hesitate in their advance.

The fools took 2, 3, and 5 damage from the fire; the third one failed its STR save, and also succumbed to critical damage.]

[Round 2]
The two remaining fools trundle through the flames and into the chamber, yet somehow Aldous and Threnody are not quite ready for them [lost initiative again... sigh]. The first one deals Aldous a mighty blow with its club, cracking his skull and knocking his soul straight down into the underworld [6 damage kills him]. Threnody get into a scuffle with the other. She comes out of it a little bruised [2 damage puts her at 1hp] but destroys her cadaverous foe [5 damage kills it]. Murt smoulders a bit [1 damage] but the fire luckily does not consume him.

[Round 3]
Aldous' slayer turns his cudgel on Threnody, but it is no match for her own. She lays the fool low with a satisfying crunch of bone [6 damage] and suffers barely a bruise in return [1 damage put her at 0hp].

There is no hope for Aldous, but Threnody is able to revive hardy Murt. Some water and a rest [short rest, no encounters] put them not quite to rights, but at least they'll live.

They have, however, had enough of this accursed fallen temple, and they intend to leave forthwith. They search their fallen companion for anything of value, and divide up his knives and rations between themselves. They use his marvellous coil to shrink him down to doll size, and Threnody places him carefully in her travelling pack, so that he may be given a good burial when they are away from here.

Then they retrace their steps towards the surface. [One encounter check per area. There's nothing... until room 1.] Cautious though they be, it's a short walk back to the entry chamber. But when they get there, they are shocked to find it isn't empty. A terrible monster has taken up residence therein, a long, fat, blue-scaled wyrm. It has terrible claws, bat wings, and a gaping, toothy jaw, but the beast possesses no other definite features. An awful smell causes the explorers' stomachs to churn even as it burns their nostrils; some sort of poisonous cloud hangs about the creature, produced in its venomous innards. 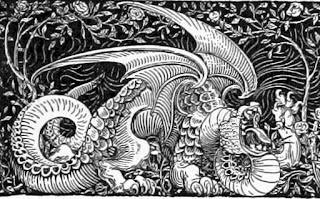 [One of the things I need to do to make the encounters more interesting is providing reaction tables for them (1d6 rolls like in Traveller's 76 Patrons). Here's one I made as a proof-of-concept, though after the fact:

The PCs won the initiative for once.]

One look at the huge beast sends the explorers fleeing back to the safety (?) of the Spider Man's chamber. Fortunately, the wyrm does not follow.

"I fear we're running out of options," says Threnody. "Perhaps we should go back to the stone head, and make an offering of Aldous' miniaturisation coil in exchange for whatever 'servitor' it will give us in exchange."

They hurry back to treat with the strange carving [room 4]. But as they throw wide the door to its chamber, they are taken immediately aback -- someone has beaten them there!

[A random encounter check put someone/-thing in the room: 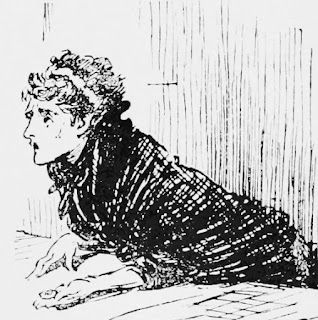 The roll on the encounter table that produced the creeper also had a T notation, indicating the creeper posessed Treasure. So it made sense to ask Mythic--

There is a sharp-featured, white-skinned, legless creature in the room, who is reaching up to place a glowing necklace into the head's open mouth. The mouth closes slowly on the object, and then the head's eyes begin to glow a warm red. A few moments later, the mouth slowly opens again, this time all the way down to the floor, and a stone man steps out, about a metre tall and bearing some small resemblance to the head itself.

"Excuse me, er, madam," says Threnody, "but if you're finished, we too would like to make an offering to the head."

"Kill them!" says the creeper.

[Round 1]
The stone servitor moves instantly to obey. It moves surprisingly fast for a being of stone, and before she has even raised her club its tiny fists have sent her sprawling across the room [5 damage puts her at 4 STR]. She bounces off the wall and falls senseless to the floor [failed STR save, critical damage].

Murt's axe crashes down upon the little stone man's head with a spark, and bits of chipped stone fly in all directions [8 damage - crit]. The stone man falls over, stunned.

[Round 2]
But the creeper lunges forward with a hiss. Its claws can reach surprisingly high, and the last thing Murt knows is a sharp pain... 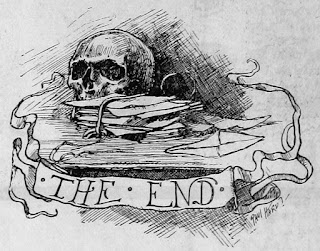