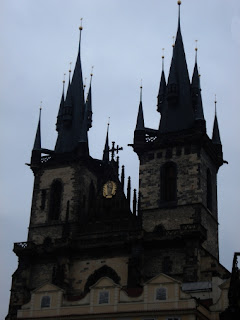 I don't often play RPGs in historical settings, because I go a bit overboard with research. It's far too easy to spend all one's time chasing after minutia instead of actually gaming. But for a long time I've wanted to run a horror/magic game set in Prague during the time of Rudolf II. I always assumed it would be Call of Cthulhu, but then LotFP came along...

So, then: Rudolfine Prague, c. 1601AD. As much as the social chaos brought about by the Thirty Years War (beginning, indeed, with the Defenestration of Prague) makes for an interesting backdrop for a game, I am much more drawn to the relatively peaceful and tolerant times in the city under Rudolf II, and the sheer number of scholars, magicians, alchemists, and charlatans who flocked to the city in those days. This makes a good setting for small cabals of wizards all pursuing their own ends, and possibly being invited into, or running afoul of, Rudolf's court.

As this is a historical setting, I will have to make decisions about the game-world veracity of many of the city's legends. I like the idea that Zlatá ulička is full of alchemists, and a single halberdier patrols the street at night lest they try to escape, but I'm not sure whether or not Rabbi Löw should be the cabalist of legend or the more prosaic (if no less influential!) orthodox Talmudic scholar of history. I tend not to have famous people showing up in games, so this last point is probably moot. But I am rather influenced by literature, so the golem is as likely to be a great automaton of clay (stats per Labyrinth Lord) as it is a strange psycho-spiritual presence (as in Gustav Meyrink's Der Golem).

There has been plenty of ink/electrons spilt about Rudolfine Prague and the Emperor's obsessions with art and magic, so in lieu of writing my own summary, I direct the interested reader here:

If you read Czech (or are willing to put up with an online translator): http://21stoleti.cz/2004/12/17/alchymiste-a-magove-na-dvore-rudolfa-ii/

If you read German: http://www.zeit.de/2012/04/Kaiser-Rudolf/komplettansicht

Rather than writing out pages of rules and setting notes, I just started playing, and have been working out game-setting information as I go. I will be sharing anything I deem useful to others who might want to try gaming in Rudolfine Prague. When I get enough, I'll collect it all in one place, but for now this is very much a work in progress.

Now, I obviously intend to use my House Rules for Early Modern Magic (which I am still revising/expanding) for this campaign I'm playing, but any other game rules I share for the setting will refer solely to the hardcover LotFP Rules & Magic book as it constitutes a baseline to which all LotFP players may refer (and because I think there's a special level of hell reserved for people who expect you to use their house rules).

For starters, I present Background (Ethnic Origin & Social Class) and Religion tables for PCs and NPCs (heavily influenced by World of the Lost), as well as notes on Language and Money.  Later posts (in the works) will cover names, residences & living expenses, random encounters, and random locations. 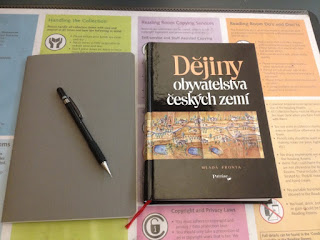 Figure 1. A quick trip to the British Library
or
why I don't do much historical gaming

Nota bene : the following tables are my attempt at digesting actual historical facts and figures -- where I could even find them -- down to simple and gameable tables. The ethnic mix of a city of c.60,000 inhabitants cannot be adequately described by a roll of 1d20, and I assume no one will be bothering to roll these details for an NPC unless there is some need or desire to make them interesting. Rudolf II was more interested in alchemy than a census, so demographic details are incredibly vague.

Unlike World of the Lost, these tables are intended for natives and/or residents of the city, not new arrivals.

* mercenaries and soldiers (i.e. most fighters) roll 1d20 for social class regardless of origin; Jewish and Dutch soldiers apply a +1 modifier to this roll.

Notes:
Depending on which source you believe, Jews made up anywhere from 15-25% of the population of Rudolfine Prague. Many Jews fled to Prague after being expelled from Moravia, Germany, Spain, and Austria in the 1520s-40s. If you want a specific national origin for a Jewish character, roll again (1d20 or 1d12+8) on the table with 1-9 being Czech.

Most burghers are Czech, with a significant and influential German minority. The Italians and Dutch had particularly important enclaves, and there were also important groups of French, English and even Scots. Spaniards are most likely connected to the emperor's court, as Rudolf II grew up in Spain. As to the Others, there are small numbers of Hungarians, Serbians, Croatians, Dalmatians, and others residing within the city, but its cosmopolitan nature attracted scholars, artists, magicians, charlatans, &c &c from all over.

* for PCs and general named NPCs, use the die granted by their origin. For a random bystander in the street, roll 1d30. If an NPC from the upper classes is needed, roll a d12, d10, etc as required.
** The first Jewish noble in Prague, Jacob Bassevi, was only given his title in 1622 by Ferdinand II; in Italy, Josef da Fano may or may not have been made the Marchese di Vellimpendi before this. Most Jewish noble families were not given their honours until after the Thirty Years War. In the 17th century, the Dutch nobility were in decline, and made up a very small fraction of their population. If a 1 is rolled on the social class die for a Dutch character, the referee may choose allow a 1-in-6 chance to be a noble instead of a member of the gentry.

N.B. Social class rolled for PCs has no bearing on their starting wealth. Indeed, it is more fun to explain why your baroness only has 30sp to her name, or your peasant farmer is sitting on a fortune of 180sp.

Rudolfine Prague is a major centre of printing, with books being produced in Latin, Italian, Dalmatian, Czech, Polish, German, Hungarian, Spanish, and Hebrew.

Czech is the language of the lower classes, with German being the language of culture and high society. The Jews were mostly Czech speakers, as evidenced by the prevalence of Czech glosses in Hebrew books. Latin is, of course, the language of scholarship.

I love the LotFP language rules, if only because they remind me of D6 Star Wars. For the setting I have proposed above, mostly I need to say a few words about what constitutes a "cultural group" of languages based on a character's origin. The rules state that "Spanish, French, Swedish, English, and German would be part of the same 'cultural group' to use a real-world example". A character will know another language in this group if they roll their Languages skill + Int modifier or less on 1d6, and there are penalties for languages outside of it. Even if one isn't using these rules, the notes below should help make sense of deciding which languages N/PCs ought to know.

So, for the list of origins above, there are two broad cultural groups, each with a -1 penalty to languages contained in the other.
group 1: German, Italian, Dutch, Spanish, French, English
group 2: Czech, Polish, Silesian

For simplicity, a Silesian character's native language will be (1d8): 1-2 German, 3-4 Czech, 5-6 Polish, 7-8 Silesian*. These four languages count as an additional cultural group for Silesians, who roll for other languages according to the cultural group of their native tongue.

*The answer to 'What languages were in use in early modern Silesia?' turns out to be much more complicated and sensitive a topic than you'd expect. I'm going with Silesian being its own language rather than a Polish dialect, but note that the only written languages in the region were Polish, German, Czech, and of course Latin.

Hebrew counts as exotic (-2) to characters of gentile origin (but see below), and counts as a cultural group language for all Jews.

Magic-users and clerics may automatically know either Latin or Hebrew depending on their religious background. Latin, Greek, and Hebrew can all be considered to be in the same cultural group for university or seminarian scholars (i.e., no penalties on the Language roll). A Specialist with points in Architecture would also be entitled to have learnt Latin without a roll (how else would one study Vitruvius?).

Cunning folk will usually have their spellbooks in a vernacular language, and may possess Latin grimoires which they cannot read to display their occult knowledge to the punters. A rural priest may not have much (or any) Latin, repeating the mass by rote.

Czechs and lower-class Germans (tradesmen/peasant/urban poor) who are native Praguers or long-time residents count the other language as part of their cultural group. Professional- and Merchant-class Czechs get a +1 bonus to know German, the Czech gentry and nobility get a +2. The upper class Germans were famously ignorant of the Czech language, so they receive no bonus, and the referee may simply opt not to roll for them regardless of Intelligence.

A party of N/PCs should probably all have one language in common, so the referee may need to grant one to the members of any given group for free. This should be either the native language spoken by the majority of the group, or (more likely) German.

In reality, 1 groš = 3 krejcary*, and a zlatý was worth 60. There was also a malý groš (malý = 'small'), worth half a groš. Another coin, the gold tolar, was worth 1 zlatý + 10 krejcarů (70 krejarů); by 1621 it was worth 90, and had risen in value to 600 krejcarů by the end of the Thirty Years' War. Add into that foreign money and older coins found in treasure hoards, and you'd never be able to compute XP again, so unless you are obsessed with numismatics, game practicality should win out over historical simulation. 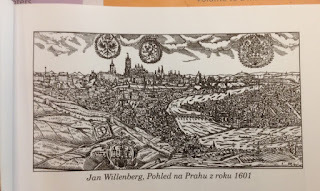