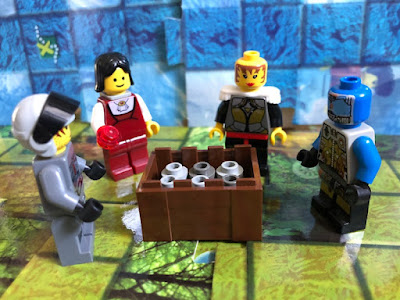 The invitations make to into the post on time. The WI are pleased, and pay the crew [d6+2=] 5 credits, plus the promised crate of jam. They keep a couple of jars, but Wilmer knows a guy who can unload this on the black market for some serious dosh [the Loot roll was a cargo crate worth 2cr, so a little creative license makes sense of things]. The WI intimate they may also have more work for Dirk's crew in the future since they 'seem like such nice young people'. [planetary WI added to the Patron list. If they ever become a permanent patron, it will be the Sector-wide WI.]

Muffy got the first kill again, so earns 4xp. The rest (save GBH) get 3. Dirk spends 7xp to increase Reaction to 3.

They spend 3 credits on a surplus military rifle. It would have gone to Zllgx, but since she's still on the naughty step for losing the colony rifle a while back, Muffy's getting it instead. 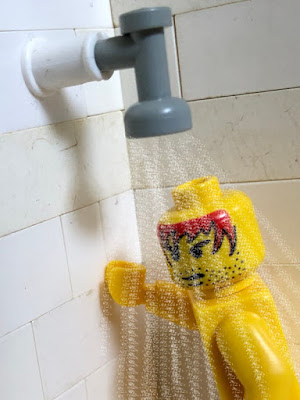 Dirk is alone. His crew have barely seen him since the WI job. All this violence is starting to get to him, and he's sunken into depression -- deep. His days are spent drinking whiskey from the bottle... gazing into the mirror at his rugged unshaven face whilst asking 'who am I?'... taking steamy showers, steadying himself with one hand against the wall... staring into the middle distance. [+1 Story Point, but Dirk won't fight in the next battle.] 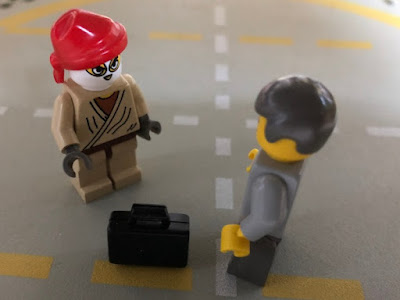 Everyone else has got a bit of extra time on their hands [bonus Exploration rolls for 2 random PCs]. Zllgx runs into someone who needs a package delivered offworld. It'll be worth 3 credits from the recipient. 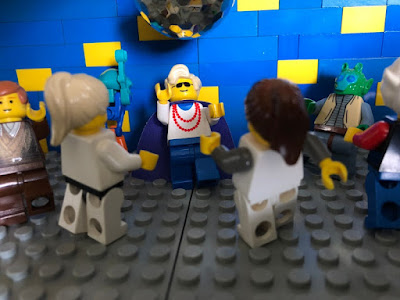 Slow Hand is out soaking up the nightlife. But from across the dance floor, two sets of beady eyes are watching the sparkling lights from the disco ball play over his really cool aviator shades.

"Isn't that one of Dirk Striker's crew?"

[Every 3rd campaign turn, the crew gets +1 Story Point. I'm spending it now to get +3xp for Muffy. She's good at dealing damage, and heretofore has been exceptionally lucky about not receiving any, but I need to up her survivability. This puts her just in sight of an upgrade.]

The interest on the ship's loan comes to 2cr. Paying 6cr from the crew funds reduces the total debt to 31cr.

But now they only have 3cr remaining. 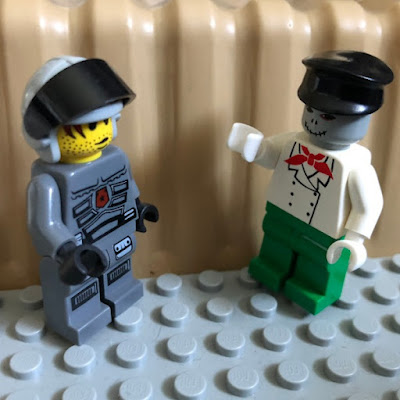 Dirk decides a wander through the city centre might clear his head. He meets an Information Broker who offers to share secret intelligence with him, for a small fee of course. The 'fee' is nearly as high as the crew's credit balance, so Dirk merely laughs in the alien's face. 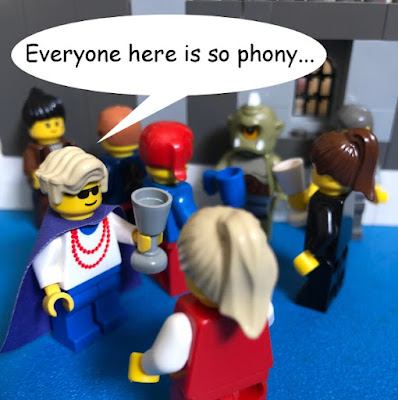 When he's not disco dancing till dawn, Slow Hand explores the local bar scene. He doesn't miss a single ladies' night in the startown. 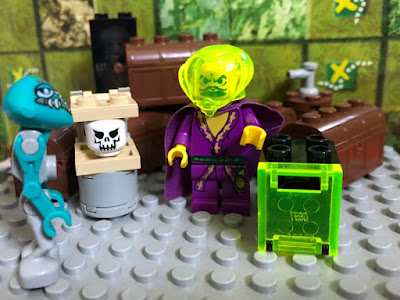 Wilmer happens upon a mysterious merchant in the bazaar, who offers him the contents of a 'mystery box' in exchange for a single weapon. Something about the man's manner frightens him, and he declines. 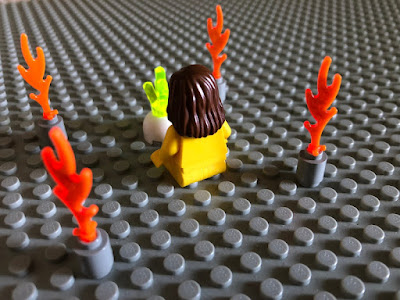 Muffy pays a visit to the all-night laundromat & transcendental meditation parlour. Whilst the service droids remove the bloodstains from her favourite top, she sits before the fabled Star Crystal and contemplates the Cosmic Mysteries.

[Muffy actually took the Train task, which grants 1xp, giving her a total of 10xp to spend. She spends the lot to buy 1 Luck. At the time, I wasn't exactly sure how one goes about Training for Luck, so I went with the first thing I could think of.] 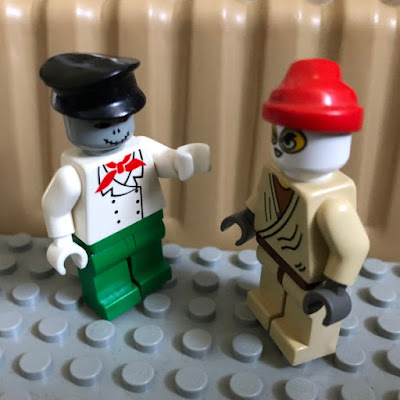 Zllgx has a run-in with the very same Info Broker that Dirk did. She is at least polite in her refusal. 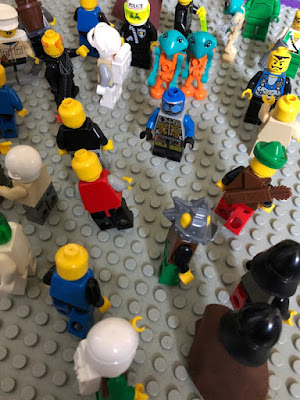 GBH decides to relax and see the sights, such as they are on New Milton Keynes. Walking through the crowded markets and bustling thoroughfares, the poor bot begins to feel all alone. So very alone....

The crew don't relish the prospect of doing another job for their prior captors, but credits is credits (sic), so they decide they might as well take the government job [still available from the last Campaign Turn] -- but then fate intervenes. [Dirk's Rivals have tracked him down, so the next battle is automatically against them.] 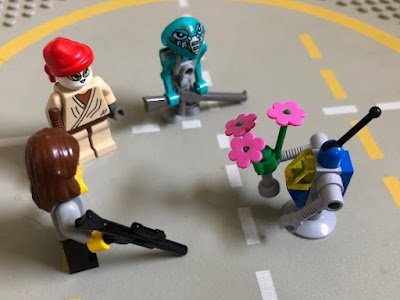 A delivery bot arrives at the ship. Someone has sent Dirk a bouquet of flowers. And there's a card:

Please, my gentle friend, won't you
Attend our garden party at the D.G.?
You are, of course, encouraged to
Bring along all of your new friends
As we'd surely love to meet them.
Casual attire is recommended.
Kindly RSVP.

"A garden party," says GBH. "How lovely. This should cheer up Master Dirk."

"No," says Muffy, "I think there is something more sinister going on here. Look at the flowers."

"And the note!" cries Zllgx.

"By Jove, they expect Dirk at the D.G.," says Slow Hand. "The Duelling Grounds!"

"Not only that," says Zllgx. "Examine it more carefully. Do you not see?"

Email ThisBlogThis!Share to TwitterShare to FacebookShare to Pinterest
Labels: 5 Parsecs from Home