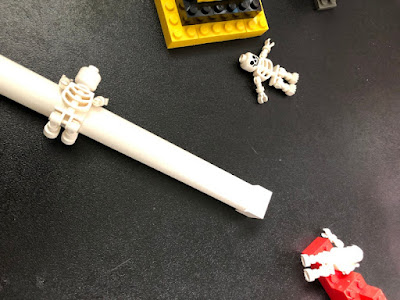 The Duelling Grounds are located at the site of a failed low-cost housing sector. Construction was abandoned when the shell corporation laundering money from the project folded, and now all that remains are half-collapsed, weather-worn foundations. The site is now a place of battle, where local gangs, syndicates, mercenaries, and the more civic-minded football hooligans meet to have out their differences without risking collateral damage. The bones of the fallen litter the desolate landscape. 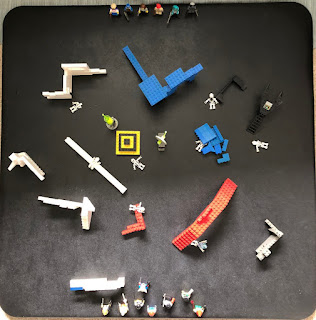 [Deployment conditions: caught off guard - PCs all act in slow phase in the first round. There are no Notable Sights or Conditions.

Some of the terrain features were constructed in haste and a bit flimsy, and I had ruled that if they broke during play it would cause 2 hits of damage to be rolled against any figure caught in the collapse. Sadly, it never came up. I will save this house rule for further battles, though, and may even try constructing extra-flimsy terrain on purpose.

The enemy are a band of Psychos. All psychos carry a blade in addition to their rolled armaments. The rank & file have an assortment of colony rifles:

Doc only performs unnecessary surgery. Hair thinks that style suits him. Princess is the last member of her royal house -- she's seen to that! 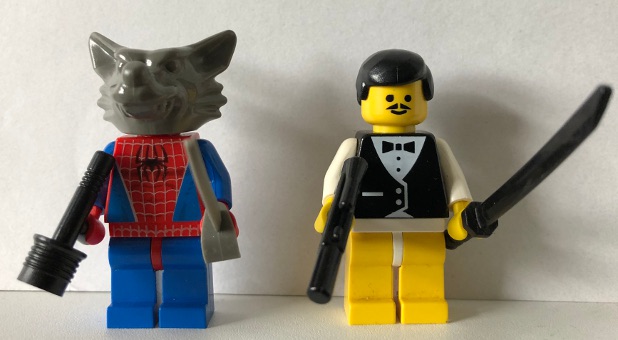 They hang out with a Feral in Spiderman pyjamas and a Chippendale dancer drummed out of his unit for conduct unbecoming. 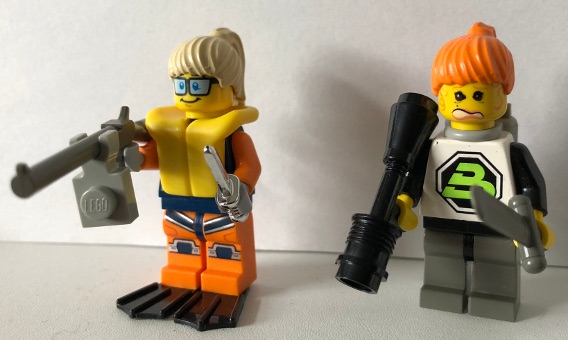 The specialists are Wetsuit Wanda (autorifle) and Barb (shell gun) who wears a shirt with her initial on it. 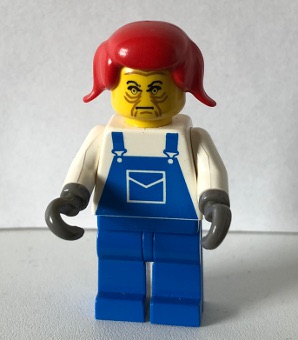 I rolled a shotgun for the lieutenant's weapons. To fit the figure, the hooks are equipped with cybernetic flechette pistols, using shotgun stats.]

"No, I think I'll just wait in the hovercar."

"They're here," says Muffy. "Let's leave him here to have his little strop and get this over with." 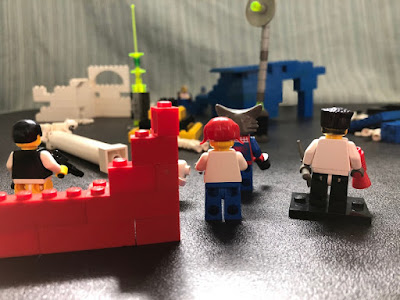 Having lost time trying to coax Dirk out of the speeder, the crew see the rival gang already on the move by the time they emerge onto the field. They fan out as well, staying as much behind cover as possible. 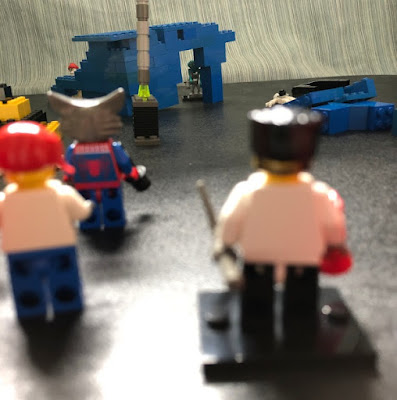 Wilmer just barely has a line of sight to Doc. He fires, but the bullet barely grazes the mad doctor [stun]. 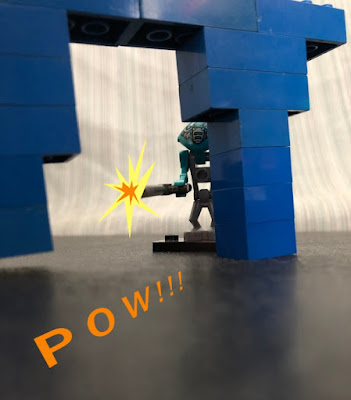 Wilmer aims his next shot more carefully. The bullet goes straight through the Doc's spine, ending his reign of malpractice. 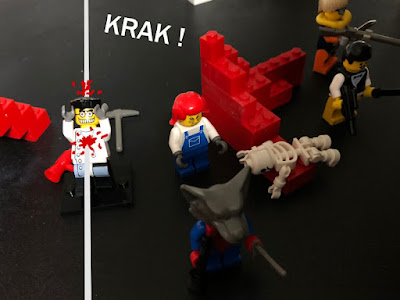 Barb moves up to a fragmentary wall, a sees Zllgx in the distance. She looses two grenades from her shell gun. 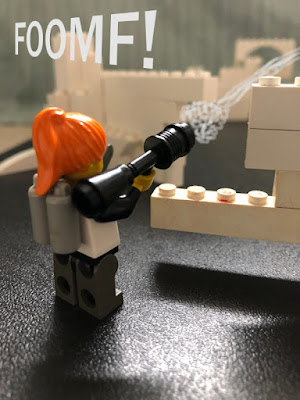 One lands a dozen metres from anything. The other explodes at Zllgx's feet. 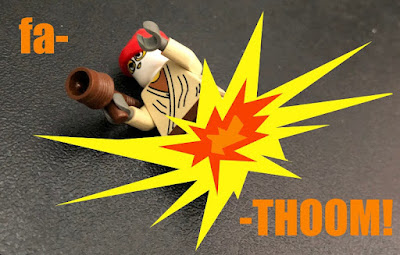 Zllgx is blown backwards by the blast, and before losing consciousness says something most unladylike. 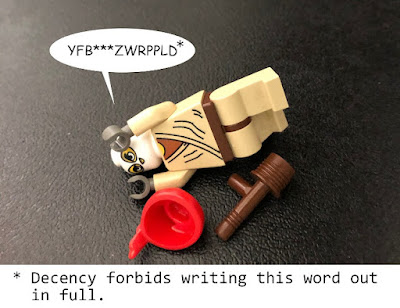 The Feral and ??? advance on Wilmer, guns blazing. Neither can hit him. 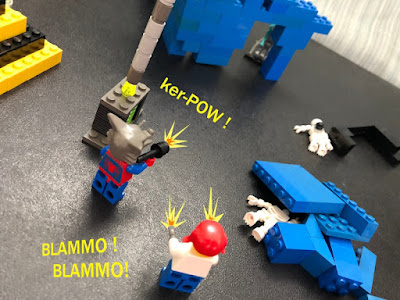 Muffy leans over a broken wall and h=gives her new military rifle a go. She misses Wetsuit Wanda... must be the sight's out of alignment. Sure, that's it. 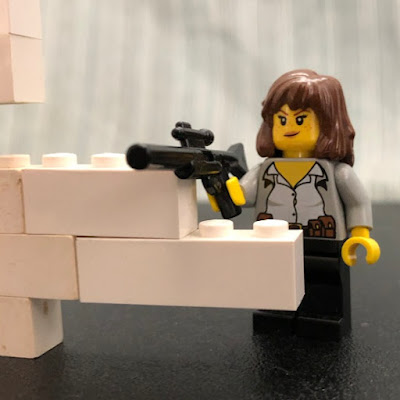 Slow Hand leans round a corner... but the psychos are just out of range. GBH creeps up and cowers behind him. 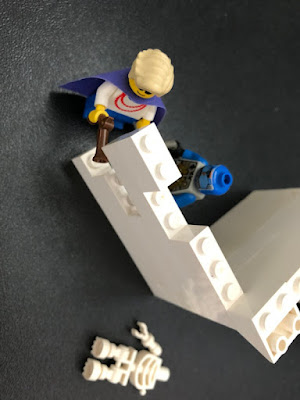 [Post Round 2 Event: Back Up! If there are spare crew not participating in the battle, one shows up now.]

Muffy draws a bead on Wanda and fires again. Wanda is down for the count, but her suit absorbs all the blood. 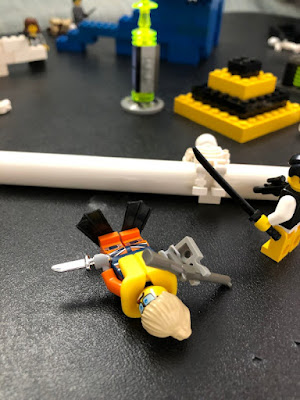 Wilmer shoots the Feral, but only stuns him. Then suddenly Dirk is right beside him. He ran too fast to be able to get a credible shot off [dashed 6"], but he's still up for a spot of macho posturing. 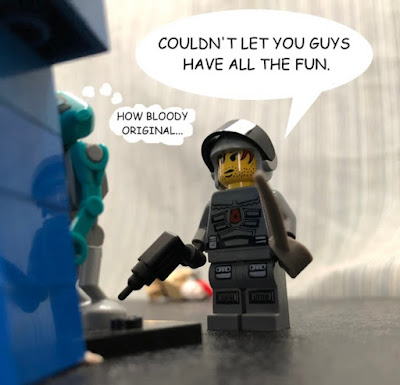 GBH is having a crisis of (robo-)conscience. If it jumps into the fight, it might end up damaged -- or permanently deactivated. But if it hides behind Slow Hand all day, they might eject it from the crew. Or Slow Hand's cologne might melt its outer casing... 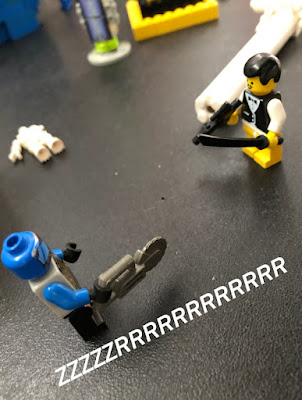 Chippendale meets his onrush with bared carbon-steel. There's a crunch of shattered plastic, and the squelch of torn flesh as they collapse in a bloody, electrified heap. So... much... carnage. 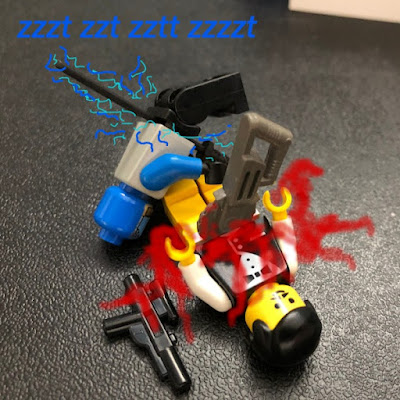 [HTH combat rolls were equal, so both took a hit. And both became casualties.]

Barb bounds up the steps to a platform. She fires twice at Muffy, who barely feels the shock as the shells go off far behind her. 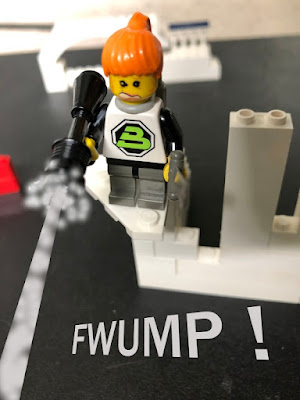 The Feral and ??? charge slavering into hand-to-hand combat with Wilmer and Dirk. The Feral's wildly swinging sabre forces Wilmer back a few steps [stun], and ???'s terrible hooks crash down against Dirk's armoured breastplate, staggering him. Then Dirk leaps back towards ???. His boarding sabre describes a flashing arc, then ???'s head tumbles away from his body. "Now who's the head of your gang?" quips Dirk, much to Wilmer's chagrin. [Dirk and ??? had equal rolls, so both took a hit in. Dirk's actual turn hasn't come yet.] 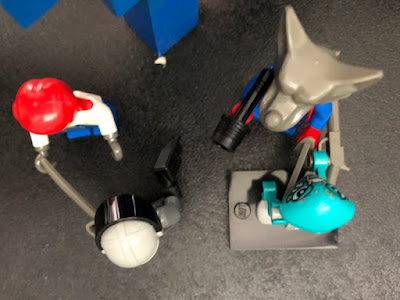 Then Princess and Hair come round the bend, firing away at Dirk and Wilmer. Just not very well.

Slow Hand moves forward so Barb is just in range. He fires his duelling laser, but only hits the wall below where she stands. Muffy's shot merely clips Barb in the shoulder. 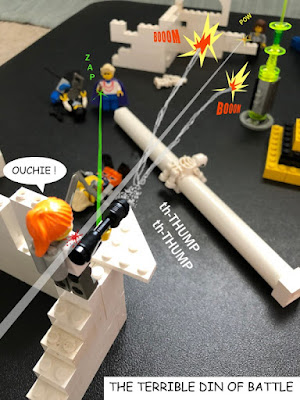 Wilmer takes a desperate shot at the raging Feral. The damage is so brutal, so unutterably gory, that I daren't show it [i.e. the pictures were all blurry].

Dirk turns to shoot back at Princess. The plasma bolt burns a hole in her hennin and knocks it off her head. Terrified by the brush with death, Princess turns and runs away. 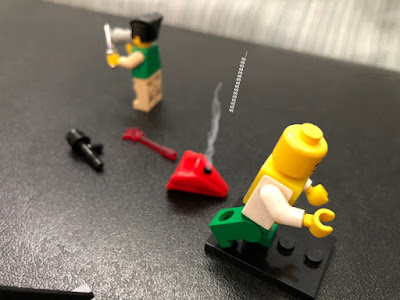 [The hit was a Stun. The Psychos took two casualties this round, so rolled 2 dice for their morale checks. One came up a 1, so Princess (being the closest to the edge of the battlefield) bailed.

Post Round 4 Event: Cunning Plan - PCs' initiative is ad libitim in the next round. Unsurprisingly they all chose to go in the Quick segment.]

Wilmer and Dirk both shoot Hair. Wilmer's shot drops him. 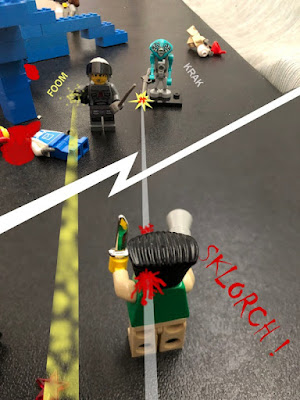 Muffy and Slow Hand both shoot Barb. Both shots hit. Either would have been fatal. 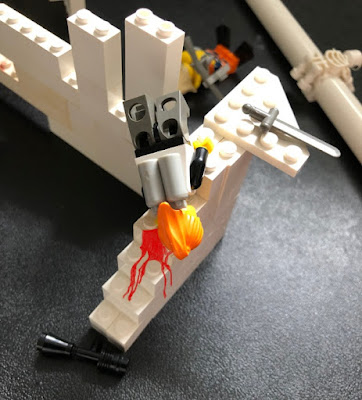 Email ThisBlogThis!Share to TwitterShare to FacebookShare to Pinterest
Labels: 5 Parsecs from Home