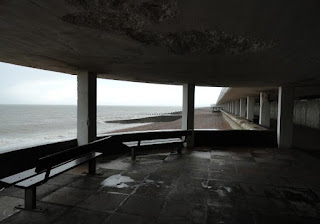 The night is divided into three watches, each with 2 party members and 1 of Assia's crew: FE A, NK M, JL. The attack will come on 1d3 = the 1st watch.

I rolled mutations for Assia and Marguerite, but none of them were of the sort to affect the combat. What's important to know is:
Assia, 3HD, revolver
Marguerite, 2HD, revolver
Oggie, 1HD, bow, knife

otherwise all stats as Raiders (from the bestiary chapter). There are 2d4=4 additional Raiders lurking nearby. 4d6 made them all male; they are all clad in hide armour (AC6); weapons are sword, sword, axe, spear.

I gave Ewa's Danger Sense a chance to alert her to the approaching raiders. Wis/Perception -1 vs. Stealth +1: 9 vs. 7, success.

Before I get to the narrative, I feel compelled to mention my theory that Assia and her comrades must have been PCs from an alternate universe. NPC plans usually don't fail so spectacularly as this...]

That night, Ewa, Assia, and Fitz are sitting a short distance from the campfire on the beach outside the concrete rotunda, when Ewa looks sharply up at the street.

"I hear something," she says. "People up on the street level. I'm going to take a look." She starts to rise.

"Are you sure that's wise?" says Assia.

She pads as quietly as she can across the sand and up the concrete steps. Whatever voices she though she heard have fallen silent by the time she reaches the street. The night is dark, but she can just barely make out a group of armed men [2d6x2=] about 14m ahead. She ducks back behind onto the steps to watch them. [Her Dexterity/Stealth +0 vs. their Wisdom/Perception +1 succeeds]

As soon as Ewa had left, Assia turned to Fitz. "I see how they treat you. Side with me and mine in this, and you will be rewarded. [She needed a 6+ on a Charisma/Persuasion roll to convince him to turn coat: rolling a 3+1...]

Fitz looks at the revolver Assia is pulling form her pocket, and starts shouting. "Ambush! Ambush!"

[Round 1]
Assia shoots Fitz without a moment's hesitation, but the bullet merely grazes his arm [1d8=1, 0HD damage].

Ewa fires on the raider with the spear. His head jerks back and he collapses to the pavement [1d10+2=10, 4HD damage]. The other three run at Ewa, but she is already backing down the stairs.

Fitz grabs a piece of firewood and hurls it at Assia. She throws up a hand to deflect it, but it hits her hard with a loud crack [19+1+7=hit; d4=4, 1HD damage leaves her with 2HD].

Roused by the noise, everyone in the rotunda is grabbing desperately for their weapons, some not even bothering to get out from their sleeping bags.

[Round 2]
Assia shoots Fitz in the back as he is diving for cover; he doesn't make it [2HD damage kills him].

Junemay sits up in her bedroll and takes aim at Assia. As she fires, Oggie slashes at her back with his knife, but only tears the her shirt [1d4=1, no damage]. The burst hits Assia, who goes down instantly [9+2=4HD, killed]. Junemay wheels about just in time to see Kaz standing over her dead assailant with a smoking laser pistol [1HD damage, killed].

Ewa has dumped her rifle on the sand in favour of her crowbar. She swings at the first raider down the steps, but does not connect. He takes advantage of her over-swing and catches her in the shoulder with his axe, but the wound is more messy than deadly [1d8=3, 1hp damage drops her to 5hp]. The swordsman behind him slashes at Ewa as well, but comes up short.

Marguerite tries to shoot Junemay, but misses by a mile. Ling rolls over and blasts her with laser light [2HD damage] from her eyes. Marguerite falls back, dead, with two small smoking holes over her heart.

The second swordsman had been about to drive his blade into Ling's back. He wasn't dextrous enough to change its course when she rolled over, and the blade hit the concrete floor with a clang [1d20=1, the sword's condition degrades to Worn (no penalties)].

[Round 3]
The three raiders are spooked by the sudden reversal of fortune, and begin a fighting withdrawal [failed Morale]. Norna clears the jam in her gun, and squeezes off a burst at the swordsman over Ling, killing him on the spot [4HD damage]. Ewa caves in the skull of the other swordsman [2HD]. The axeman takes a last, futile swing at Ewa as he backs up the steps, but he's felled by a blast from Kaz's laser before he reaches the street [1HD]. 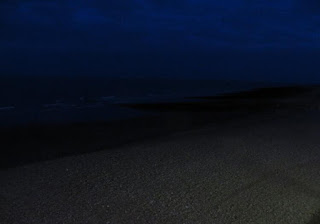 [Ewa binds her wounds, after the combat. She can only recover the 1hp she lost just now, putting her back at 6hp.

I used UNE to determine how Junemay would react to events--
NPC Relationship: loved (= not mad at allies)
Conversation Mood: forthcoming (= will be ranting for a while)
scheming - plot - parents]

"Those traitorous bastards!" exclaims Junemay. "Those ill-begotten offspring of redhorns! Make all nice with us and try to kill us in our sleep! No better than skewmen this lot! That's the last time I...."

Junemay's rant shows no sign of soon abating, so the others merely get on with things that need to be done. The enemies' bodies are searched for useful loot, then dragged down the beach and thrown into the surf, in hopes that the tide take them. Fitz is wrapped in blankets and put next to poor Horsey.

Junemay's tirade eventually ends. She sets new watches, and sees that both combat rifles are in the hands of the watchers.

The rest of the night passes quietly. At one point a boat sails by. It slows slightly when the occupant(s) (presumably) notice the campfire, but it never comes within 300m of shore. 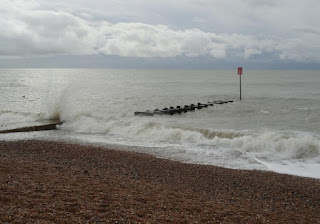 Morning comes. Breakfast is made more interesting by the addition of the enemies' rations. Everyone who wants some gets an extra helping, as Junemay thinks there might be too much to carry home. The important thing is to determine how to get the generator back. She was counting on the boats.

Ling suggests they build a litter to carry it. Norna says it were better to send a runner back to request transport. Junemay says it's too dangerous to send a lone runner, so they'd best go scavenge up some construction materials. Of course she'd side with Ling, thinks Norna.

[The scavengers need 3 successful Wisdom/Perception rolls of 8+ to find enough parts.
Kaz uses his Flawless skill class ability. He doesn't roll a 2, so succeeds. Ewa fails her roll, but Norna and Ling succeed.

The scavengers find plenty of useful junk in the morning. Ewa is then tasked with assembling it all whilst the rest take turns digging graves for Horsey and Fitz. Kaz assuages his lingering guilt by scratching Horsey's name into one of the raider's swords so her grave need not go unmarked.

Ewa constructs a passable litter from rope, pipes, and an old folding table.

That night a terrible rainstorm hits. There is a sudden flurry of activity, as they had been keeping most of their firewood outside the rotunda near the fire. Everyone rushes to get it under cover, and Ewa manages to get a new fire kindled down the concrete walkway at a fair distance: enough that they still have some light but not so close that they get smoked out [she needed to make an Intelligence/Survival roll of 8+; 7+1(Int)+1(skill)=success].

The heavy rain continues for most of the following day, not letting up until late afternoon. Junemay decides that they might as well wait until the next morning to set off.

The day is uneventful, and mostly boring. At night [encounter, 2d4=3 whiskered devils] a trio of horrific mutant walruses lumber up on the beach in search of prey. Two are killed with weapons fire before they can reach the rotunda, and the third retreats back into the sea [uninteresting combat redacted]. 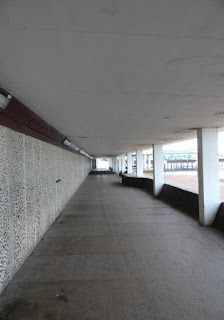 When they get in sight of Eastbourne's harbour, Junemay orders them to stop. She sends [1d4=] Kaz on alone (with Ling's map) to run back through the ruins to the Fortress to see about getting a boat.

When Kaz has gone, Ewa asks Junemay if they can talk privately [needs to roll Charisma/Persuasion 6+: 8-1, success]. Junemay sighs, but consents to the interview. They walk up the beach, well out of earshot of the others.

"Nothing. I just have things I gotta take care of out here."

"Like hell you do. You have to come home. The vicar's your guarantor. You don't show up, they'll kill him. It's the law; he's not exempt."

"He's the one that wants me to go. He's dying, anyway. And this is bigger than him, than me, than all of us maybe."

"Shit, Ev. What story's he filled your thick head with this time?"

"You wouldn't believe it if I told you. And it doesn't matter. I can't stay. Just let me leave. I did my part and waited until we got the generator back. Just let me walk away, disappear into the ruins."

"You start walking up that way, I'll shoot you in the back for deserting."

"Damn you! Just go. It'll be easier not having to see your ugly face around." 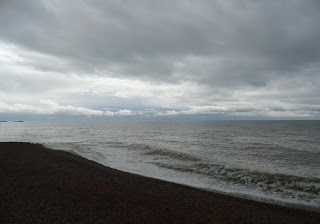